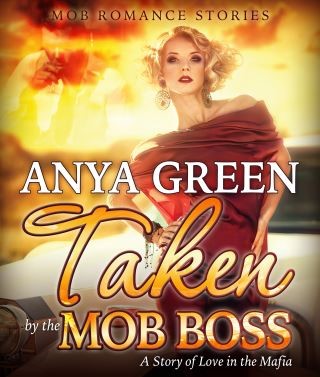 Taken By the Mob Boss

A Story of Love in the Mafia

"Taken by the Mob Boss" is the story of a young woman who gets drawn into the world of the mob. She has always been on the radar of the mob boss and eventually she willingly becomes his woman for life. The rules are simple, do as he says without question and the rewards will be great. The plot unfolds as she learns more about her suitor and culminates in an unexpected way. It takes a lot to become that submissive. Follow her story as she becomes the property of one of the youngest mob bosses. The book is a filled with steamy sex and unrequited love...

Anya Green: ANYA GREEN IS A FICTION WRITER who is not afraid to explore the sexy side of things. She grew up in a Christian home but she was always drawn to the erotic. Sex was almost a taboo word in her home so when she grew up, she made the decision to explore it and learn as much as she could. She became a psychologist to better enable her to understand the human psyche. She has had her own share of sexual adventures and merely expands upon them in her novels. Her plot grips the reader and carries them on a journey through discovery.