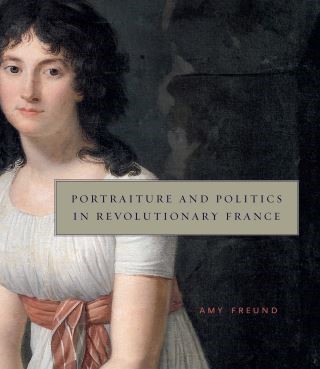 Portraiture and Politics in Revolutionary France

Portraiture and Politics in Revolutionary France challenges widely held assumptions about both the genre of portraiture and the political and cultural role of images in France at the beginning of the nineteenth century. After 1789, portraiture came to dominate French visual culture because it addressed the central challenge of the Revolution: how to turn subjects into citizens. Revolutionary portraits allowed sitters and artists to appropriate the means of representation, both aesthetic and political, and articulate new forms of selfhood and citizenship, often in astonishingly creative ways. The triumph of revolutionary portraiture also marks a turning point in the history of art, when seriousness of purpose and aesthetic ambition passed from the formulation of historical narratives to the depiction of contemporary individuals. This shift had major consequences for the course of modern art production and its engagement with the political and the contingent.

Amy Freund: Amy Freund is Assistant Professor and the Kleinheinz Family Endowment for the Arts and Education Endowed Chair in Art History at Southern Methodist University