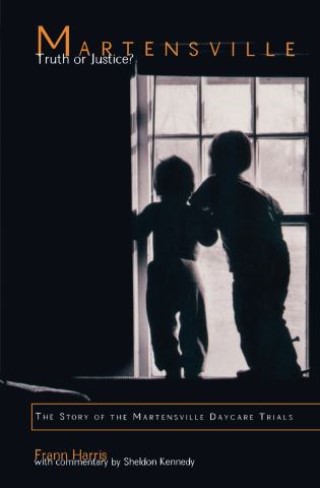 The Story of the Martensville Daycare Trials

When a child-abuse scandal is uncovered at an unlicenced daycare in small-town Saskatchewan, it polarizes the community. Frann Harris, a rookie court reporter assigned to the trial the longest in Saskatchewan history starts to wonder if the scope of the alleged crimes is dwarfed by something even more startling: a botched police investigation and inappropriate courtroom procedures.

Harris' narrative alternates between the stories of child sexual abuse and whimsical recollections of her own childhood, using the odd touch of humour. Because the unfamiliar courtroom jargon sounds like a foreign language to her and to most readers, she translates it into plain English, and simplifies and demystifies elaborate and stylized courtroom procedures.

Harris takes the reader into the courtroom, recreating the trial in all its complexities: the painful allegations of the children and their parents; the daily parry-and-thrust of lawyers trying to discredit both the police investigation and the testimony of the victims; and the contradictory testimony of psychologists and medical experts. Harris also goes outside the courtroom, interviewing witnesses and eavesdropping on the conversations of the accused, the police, neighbours and journalists.

The verdicts in the Martensville case were and still are hotly contested. We may never know what really happened at the daycare, but in Martensville: Truth or Justice? The Story of the Martensville Daycare Trials, we can learn the intricacies of the investigation and the trial, and decide for ourselves whether justice was served.

Frann Harris grew up in Toronto, Ontario, and taught high school for five years before working at TVOntario and two educational publishing houses. For the past 15 years she has lived in the West, and edited two national magazines and written articles for more than two dozen magazines and newspapers. This is her first book.