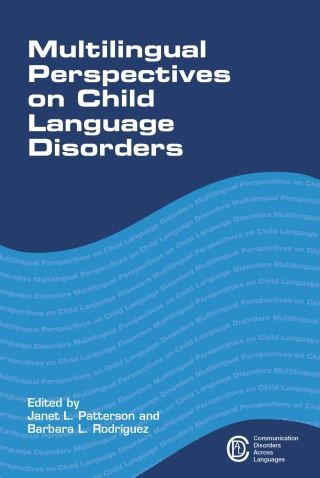 This book investigates language disorders in children who speak languages other than, or in addition to, English. The chapters in the first section of the volume focus on language disorders associated with four different syndromes in multilingual populations and contexts. This section discusses language disorders associated with autism spectrum disorders, Down syndrome, fetal alcohol syndrome and Williams syndrome. The chapters in the second section of the book relate to language impairment in children who speak diverse languages, although the issues they address are relevant across languages and cultural contexts. The book also reviews assessment procedures and intervention approaches for diverse languages, including Bengali, Cantonese, French, Spanish, and Turkish. The volume aims to stimulate thoughtful clinical practice and further research in language disorders in multilingual populations.