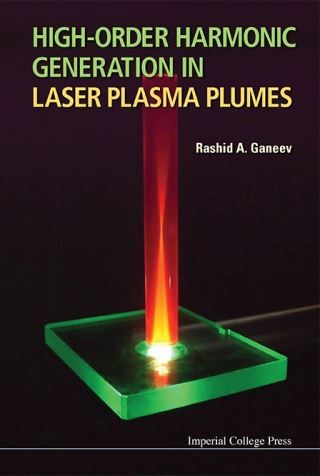 This book represents the first comprehensive treatment of high-order harmonic generation in laser-produced plumes, covering the principles, past and present experimental status and important applications. It shows how this method of frequency conversion of laser radiation towards the extreme ultraviolet range matured over the course of multiple studies and demonstrated new approaches in the generation of strong coherent short-wavelength radiation for various applications. Significant discoveries and pioneering contributions of researchers in this field carried out in various laser scientific centers worldwide are included in this first attempt to describe the important findings in this area of nonlinear spectroscopy.

High-Order Harmonic Generation in Laser Plasma Plumes is a self-contained and unified review of the most recent achievements in the field, such as the application of clusters (fullerenes, nanoparticles, nanotubes) for efficient harmonic generation of ultrashort laser pulses in cluster-containing plumes and resonance-induced enhancement of harmonic yield. It can be used as an advanced monograph for researchers and graduate students working in the field of nonlinear spectroscopy. It is also suitable for researchers in laser physics and nonlinear optics who wish to have an overview of the advanced achievements in laser ablation-induced high-order harmonic generation spectroscopy. The carefully presented details of this book will be of value to research devoted to the understanding and control frequency conversion of laser pulses in plasma plumes.

The studies described in this book pave the way for the development of a new method of materials studies using the laser ablation-induced high-order harmonic generation spectroscopy, which can exploit the spectral and structural properties of various solid-state materials through their ablation and further propagation of short laser pulse through laser-produced plasma and generation of high-order harmonics.