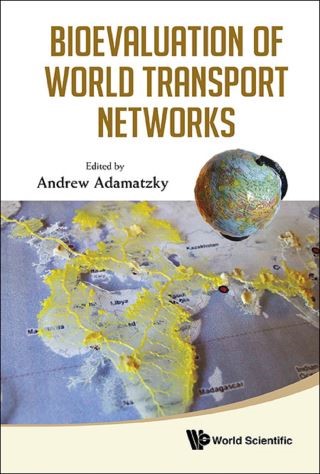 The slime mould could also build motorways, highways and expressways. It is used to analyse transport networks of Africa, Australia, Belgium, Brazil, Canada, China, Germany, Iberia, Italy, Malaysia, Mexico, The Netherlands, UK and USA. The largest cities are represented by oat flakes and the slime mould is inoculated in a capital. When all oat flakes are covered by the slime mould, the structure of the protoplasmic networks formed are analyzed. In the laboratory experiments and theoretical analyses, intriguing country-specific properties of the motorway networks are uncovered and compared with the man-made and slime mould networks. They are studied as proximity graphs, leading to hierarchies of complexity and bio-rationality of the motorways.

The book will inspire novel and original thoughts, paradigms and approaches for re-evaluation of historical findings on the emergence of ancient roads and will help to design future transcontinental pathways. The book is self-contained and does not require any special training or knowledge. This lavishly illustrated text will be appreciated by readers from all walks of life.