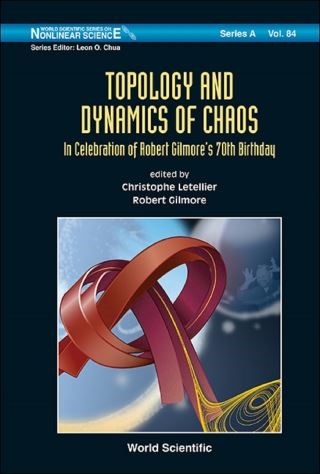 Topology And Dynamics Of Chaos: In Celebration Of Robert Gilmore's 70th Birthday

The book surveys how chaotic behaviors can be described with topological tools and how this approach occurred in chaos theory. Some modern applications are included.

The contents are mainly devoted to topology, the main field of Robert Gilmore's works in dynamical systems. They include a review on the topological analysis of chaotic dynamics, works done in the past as well as the very latest issues. Most of the contributors who published during the 90's, including the very well-known scientists Otto Rössler, René Lozi and Joan Birman, have made a significant impact on chaos theory, discrete chaos, and knot theory, respectively.

Very few books cover the topological approach for investigating nonlinear dynamical systems. The present book will provide not only some historical — not necessarily widely known — contributions (about the different types of chaos introduced by Rössler and not just the “Rössler attractor”; Gumowski and Mira's contributions in electronics; Poincaré's heritage in nonlinear dynamics) but also some recent applications in laser dynamics, biology, etc.