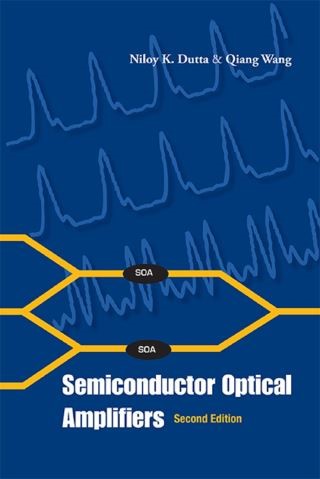 This invaluable book provides a comprehensive treatment of design and applications of semiconductor optical amplifiers (SOA). SOA is an important component for optical communication systems. It has applications as in-line amplifiers and as functional devices in evolving optical networks. The functional applications of SOAs were first studied in the early 1990's, since then the diversity and scope of such applications have been steadily growing.

Semiconductor Optical Amplifier is self-contained and unified in presentation. It can be used as an advanced text by graduate students and by practicing engineers. It is also suitable for non-experts who wish to have an overview of optical amplifiers. The treatments in the book are detailed enough to capture the interest of the curious reader and complete enough to provide the necessary background to explore the subject further.