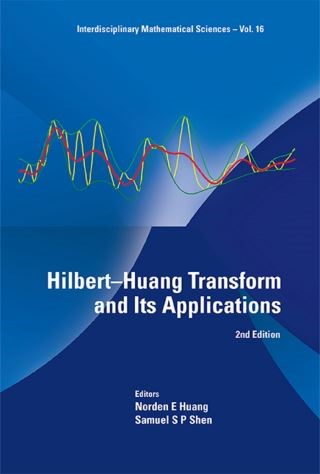 This book is written for scientists and engineers who use HHT (Hilbert–Huang Transform) to analyze data from nonlinear and non-stationary processes. It can be treated as a HHT user manual and a source of reference for HHT applications. The book contains the basic principle and method of HHT and various application examples, ranging from the correction of satellite orbit drifting to detection of failure of highway bridges.

The thirteen chapters of the first edition are based on the presentations made at a mini-symposium at the Society for Industrial and Applied Mathematics in 2003. Some outstanding mathematical research problems regarding HHT development are discussed in the first three chapters. The three new chapters of the second edition reflect the latest HHT development, including ensemble empirical mode decomposition (EEMD) and modified EMD.

The book also provides a platform for researchers to develop the HHT method further and to identify more applications.