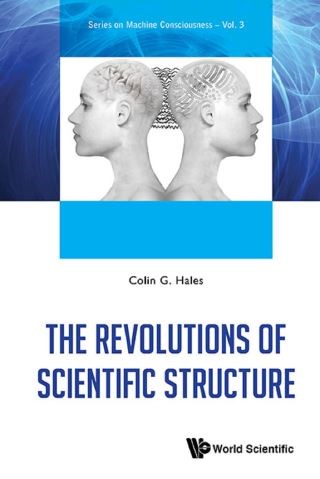 Revolutions Of Scientific Structure, The

This book discusses two main cultural problems behind the failure of machine consciousness and artificial general intelligence (AGI) projects over many decades.

The first problem recognizes that building a conscious AGI means building an artificial scientist. The book identifies the responsible pitfalls in mainstream scientific behavior and eliminates them by proposing a new operational framework for scientists called “Dual Aspect Science”.

The second problem arises because scholars involved in machine consciousness and AGI essentially aim to replicate brains with computers. They are demonstrably not doing this, and this failure has been prevalent since the rise of computers. Instead, the book discusses the possibility of doing real empirical neuroscience by means of artificial materials that literally do what the brain does.

Inspired by Thomas Kuhn, one of the most influential philosophers of science of the twentieth century, this compendium proposes a fresh perspective on machine consciousness, on AGI and, more generally, on how the machinery of science might need to change to accommodate it.