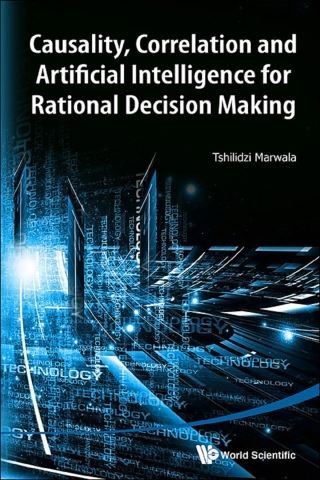 Causality has been a subject of study for a long time. Often causality is confused with correlation. Human intuition has evolved such that it has learned to identify causality through correlation. In this book, four main themes are considered and these are causality, correlation, artificial intelligence and decision making. A correlation machine is defined and built using multi-layer perceptron network, principal component analysis, Gaussian Mixture models, genetic algorithms, expectation maximization technique, simulated annealing and particle swarm optimization. Furthermore, a causal machine is defined and built using multi-layer perceptron, radial basis function, Bayesian statistics and Hybrid Monte Carlo methods. Both these machines are used to build a Granger non-linear causality model. In addition, the Neyman–Rubin, Pearl and Granger causal models are studied and are unified. The automatic relevance determination is also applied to extend Granger causality framework to the non-linear domain. The concept of rational decision making is studied, and the theory of flexibly-bounded rationality is used to extend the theory of bounded rationality within the principle of the indivisibility of rationality. The theory of the marginalization of irrationality for decision making is also introduced to deal with satisficing within irrational conditions. The methods proposed are applied in biomedical engineering, condition monitoring and for modelling interstate conflict.