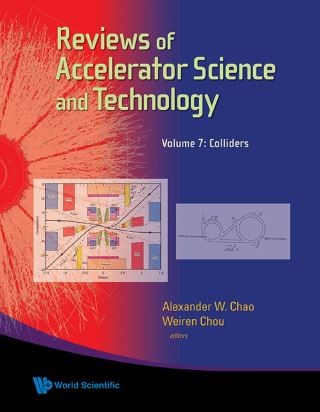 The idea of colliding two particle beams to fully exploit the energy of accelerated particles was first proposed by Rolf Wideröe, who in 1943 applied for a patent on the collider concept and was awarded the patent in 1953. The first three colliders — AdA in Italy, CBX in the US, and VEP-1 in the then Soviet Union — came to operation about 50 years ago in the mid-1960s. A number of other colliders followed.

Over the past decades, colliders defined the energy frontier in particle physics. Different types of colliers — proton–proton, proton–antiproton, electron–positron, electron–proton, electron-ion and ion-ion colliders — have played complementary roles in fully mapping out the constituents and forces in the Standard Model (SM). We are now at a point where all predicted SM constituents of matter and forces have been found, and all the latest ones were found at colliders. Colliders also play a critical role in advancing beam physics, accelerator research and technology development. It is timely that RAST Volume 7 is dedicated to Colliders.

Contents:
Readership: Physicists and engineers in accelerator science and industry.