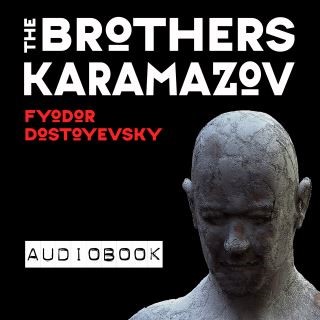 "The most magnificent novel ever written." —Sigmund Freud
"‘The Brothers Karamazov’ made a deep impression on me..." —James Joyce
"Dostoyevsky is the only psychologist from whom I have anything to learn." —Friedrich Nietzsche
"‘The Brothers Karamazov’ is maybe the greatest novel of all time." —Walker Percy
"Dostoyevsky is one who has not only influenced me a lot, but that I have got a great deal of pleasure out of reading." —William Faulkner

Fyodor Mikhailovich Dostoevsky is regarded as one of the finest Russian authors of the modern era. The Brothers Karamazov was Dostoevsky's final novel, and considered by many to be his greatest. This audiobook edition of the classic is translated by Constance Garnett.