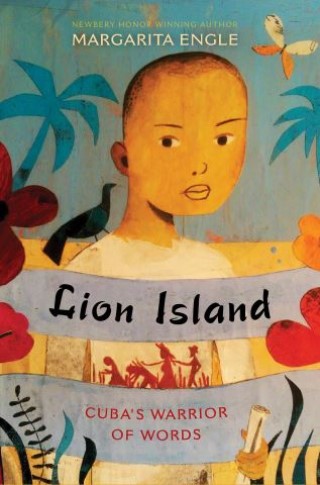 Asia, Africa, Europe—Antonio Chuffat’s ancestors clashed and blended on the beautiful island of Cuba. Yet for most Cubans in the nineteenth century, life is anything but beautiful. The country is fighting for freedom from Spain. Enslaved Africans and near-enslaved Chinese indentured servants are forced to work long, backbreaking hours in the fields.

So Antonio feels lucky to have found a good job as a messenger, where his richly blended cultural background is an asset. Through his work he meets Wing, a young Chinese fruit seller who barely escaped the anti-Asian riots in San Francisco, and his sister Fan, a talented singer. With injustice all around them, the three friends are determined to prove that violence is not the only way to gain liberty.

Margarita Engle: Margarita Engle was the 2017­–2019 national Young People’s Poet Laureate, and received the 2019 NSK Neustadt Prize. She is the Cuban-American author of many verse novels, including Soaring Earth; With a Star in My Hand; The Surrender Tree, a Newbery Honor winner; and The Lightning Dreamer, a PEN Literary Award for Young Adult Literature winner. Her verse memoir, Enchanted Air, received the Pura Belpré Award, a Walter Dean Myers Award Honor, and was a finalist for the YALSA Award for Excellence in Nonfiction, among others. Her picture book Drum Dream Girl received the Charlotte Zolotow Award. Margarita was born in Los Angeles, but developed a deep attachment to her mother’s homeland during childhood summers with relatives. She continues to visit Cuba as often as she can. Visit her at MargaritaEngle.com.