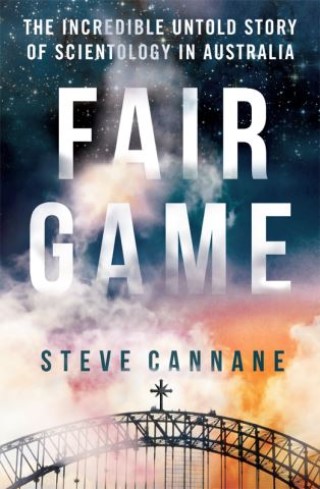 The Incredible Untold Story of Scientology in Australia

As astonishing as it is compelling -- Steve Cannane's extraordinary insight into Scientology in Australia is investigative journalism at its very best.

From Rugby League players trying to improve their game, to Hollywood superstars and the depressed sons of media moguls, Scientology has recruited its share of famous Australians. Less known is that Australia was the first place to ban Scientology, or that Scientology spies helped expose the Chelmsford Deep Sleep Scandal. Numerous Australians have held senior posts in the organisation only to fall foul of the top brass and lose their families as a result.

Based on years of interviews and research, Walkley Award-winning journalist Steve Cannane tells for the first time the fascinating story of Australia's vital involvement with this powerful, secretive and punitive cult.

Steve Cannane: Steve Cannane is the Europe correspondent for the Australian Broadcasting Corporation. Previously he was a senior reporter and occasional presenter for Lateline, and co-host of The Drum. In 2006 he won a Walkley Award for Broadcast Interviewing. Steve's first book, FIRST TESTS was published in 2009. You can follow him on Twitter at @SteveCannane