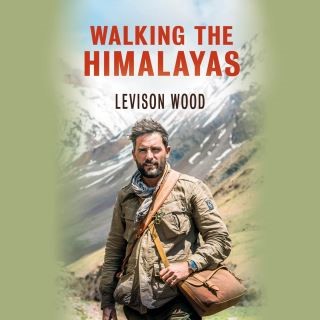 Following his trek along the length of the Nile River, explorer Levison Wood takes on his greatest challenge yet: navigating the treacherous foothills of the Himalayas, the world's highest mountain range.

Praised by Bear Grylls, Levison Wood has been called "the toughest man on TV" (The Times UK). Now, following in the footsteps of the great explorers, Levison recounts the beauty and danger he found along the Silk Road route of Afghanistan, the Line of Control between Pakistan and India, the disputed territories of Kashmir and the earth-quake ravaged lands of Nepal.

Over the course of six months, Wood and his trusted guides trek 1,700 gruelling miles across the roof of the world. Packed with action and emotion, Walking the Himalayas is the story of one intrepid man's travels in a world poised on the edge of tremendous change.