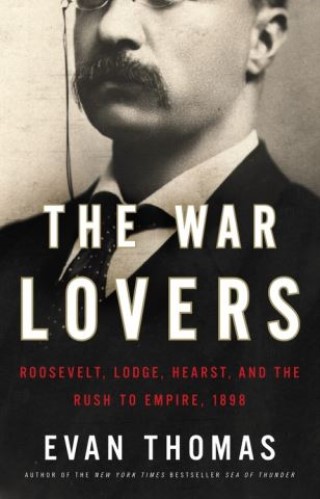 Roosevelt, Lodge, Hearst, and the Rush to Empire, 1898

On February 15, 1898, the American ship USS Maine mysteriously exploded in the Havana Harbor. News of the blast quickly reached U.S. shores, where it was met by some not with alarm but great enthusiasm.

A powerful group of war lovers agitated that the United States exert its muscle across the seas. Theodore Roosevelt and Henry Cabot Lodge were influential politicians dismayed by the "closing" of the Western frontier. William Randolph Hearst's New York Journal falsely heralded that Spain's "secret infernal machine" had destroyed the battleship as Hearst himself saw great potential in whipping Americans into a frenzy. The Maine would provide the excuse they'd been waiting for.

On the other side were Roosevelt's former teacher, philosopher William James, and his friend and political ally, Thomas Reed, the powerful Speaker of the House. Both foresaw a disaster. At stake was not only sending troops to Cuba and the Philippines, Spain's sprawling colony on the other side of the world-but the friendships between these men.

Now, bestselling historian Evan Thomas brings us the full story of this monumental turning point in American history. Epic in scope and revelatory in detail, The War Lovers takes us from Boston mansions to the halls of Congress to the beaches of Cuba and the jungles of the Philippines. It is landmark work with an unforgettable cast of characters-and provocative relevance to today.