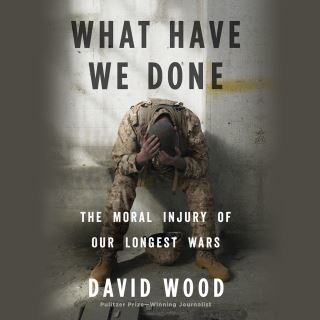 What Have We Done

The Moral Injury of Our Longest Wars

Most Americans are now familiar with Post Traumatic Stress Disorder (PTSD) and its prevalence among troops. In this groundbreaking new book, David Wood examines the far more pervasive yet less understood experience of those we send to war: moral injury, the violation of our fundamental values of right and wrong that so often occurs in the impossible moral dilemmas of modern conflict. Featuring portraits of combat veterans and leading mental health researchers, along with Wood's personal observations of war and the young Americans deployed in Iraq and Afghanistan, What Have We Done offers an unflinching look at war and those who volunteer for it: the thrill and pride of service and, too often, the scars of moral injury.

Impeccably researched and deeply personal, What Have We Done is a compassionate, finely drawn study of modern war and those caught up in it. It is a call to acknowledge our newest generation of veterans by listening intently to them and absorbing their stories; and, as new wars approach, to ponder the inevitable human costs of putting American "boots on the ground."