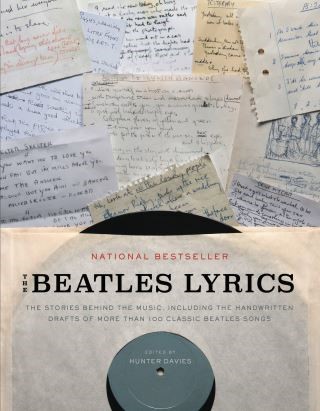 The Stories Behind the Music, Including the Handwritten Drafts of More Than 100 Classic Beatles Songs

The definitive book of Beatles songs, shown as first written by their own hands and put into authoritative context, for the 50th anniversary of the Beatles coming to America.

For the Beatles, writing songs was a process that could happen anytime -- songs we all know by heart often began as a scribble on the back of an envelope or on hotel stationery. These original documents have ended up scattered across the world at museums and universities and with collectors and friends. Many have never been published before. More than 100 songs and lyrics are reproduced in THE BEATLES LYRICS, providing Hunter Davies a unique platform to tell the story of the music.

The intimacy of these reproductions -- there are sections crossed out and rewritten, and words tossed into the final recordings that were never written down -- ensures that THE BEATLES LYRICS will be a treasure for musicians, scholars, and fans everywhere.