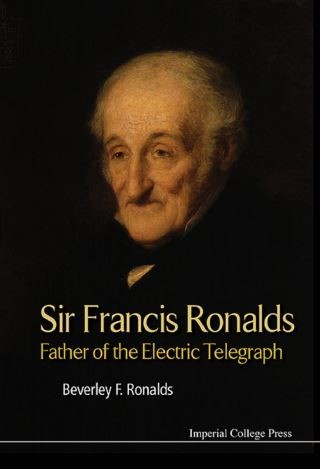 Father of the Electric Telegraph

Telecommunication has undergone unprecedented change in recent times. Two hundred years ago, Sir Francis Ronalds foresaw its development and imagined a world of "electrical conversations". His subsequent creations, the most important of which include an early version of the telegraph, have had significant impact on modern living. Little recognized until now, his extraordinary legacy is brought to life through never-before published sources written by people close to the man himself.

In this book, details of Sir Francis's inventions — covering areas as diverse as electrical devices, weather forecasting, photography, art, mass production, and even fishing — are interwoven with personal and professional tales of achievement. Fresh light is shone on controversies and precedence in several important discoveries. Using both anecdotal and scientific evidence, it is written for those interested in the pursuit of science in the 19th century and the fascinating developments which have proved essential to the technological revolution of the 21st century.