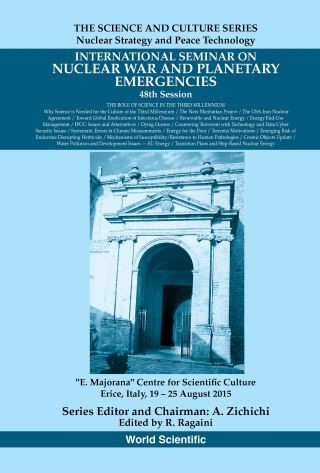 The Role of Science in the Third Millennium

Proceedings of the 48th Session of the International Seminars on Nuclear War and Planetary Emergencies held in Erice, Sicily. This Seminar has again gathered, in 2015, over one hundred scientists from 43 countries in an interdisciplinary effort that has been going on for the last 32 years, to examine and analyze planetary problems which had been followed up, all year long, by the World Federation of Scientists' Permanent Monitoring Panels.

Contents:
Readership: Scientists in all fields, universities and institutes in all fields of science; politicians and decision makers; ministries of science, interior and security, foreign affairs; international organisations.