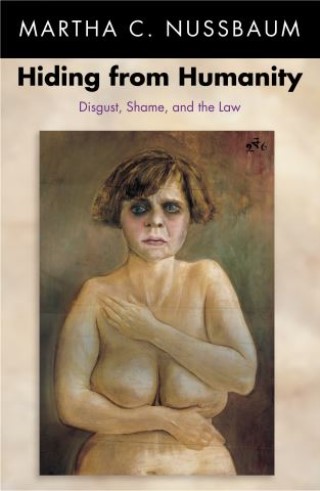 Disgust, Shame, and the Law

Should laws about sex and pornography be based on social conventions about what is disgusting? Should felons be required to display bumper stickers or wear T-shirts that announce their crimes? This powerful and elegantly written book, by one of America's most influential philosophers, presents a critique of the role that shame and disgust play in our individual and social lives and, in particular, in the law.

Martha Nussbaum argues that we should be wary of these emotions because they are associated in troubling ways with a desire to hide from our humanity, embodying an unrealistic and sometimes pathological wish to be invulnerable. Nussbaum argues that the thought-content of disgust embodies "magical ideas of contamination, and impossible aspirations to purity that are just not in line with human life as we know it." She argues that disgust should never be the basis for criminalizing an act, or play either the aggravating or the mitigating role in criminal law it currently does. She writes that we should be similarly suspicious of what she calls "primitive shame," a shame "at the very fact of human imperfection," and she is harshly critical of the role that such shame plays in certain punishments.

Drawing on an extraordinarily rich variety of philosophical, psychological, and historical references--from Aristotle and Freud to Nazi ideas about purity--and on legal examples as diverse as the trials of Oscar Wilde and the Martha Stewart insider trading case, this is a major work of legal and moral philosophy.

Martha C. Nussbaum: Martha C. Nussbaum is the Ernst Freund Distinguished Service Professor of Law and Ethics in the Philosophy Department, Law School, and Divinity School at the University of Chicago. Her most recent book is Upheavals of Thought: The Intelligence of Emotions.