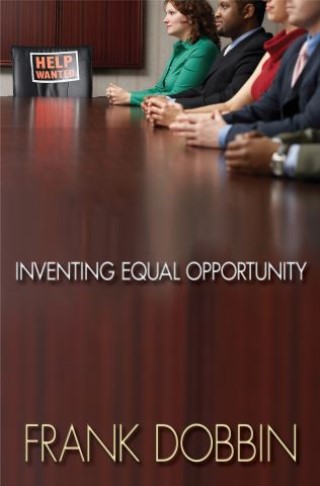 Equal opportunity in the workplace is thought to be the direct legacy of the civil rights and feminist movements and the landmark Civil Rights Act of 1964. Yet, as Frank Dobbin demonstrates, corporate personnel experts--not Congress or the courts--were the ones who determined what equal opportunity meant in practice, designing changes in how employers hire, promote, and fire workers, and ultimately defining what discrimination is, and is not, in the American imagination.

Dobbin shows how Congress and the courts merely endorsed programs devised by corporate personnel. He traces how the first measures were adopted by military contractors worried that the Kennedy administration would cancel their contracts if they didn't take "affirmative action" to end discrimination. These measures built on existing personnel programs, many designed to prevent bias against unionists. Dobbin follows the changes in the law as personnel experts invented one wave after another of equal opportunity programs. He examines how corporate personnel formalized hiring and promotion practices in the 1970s to eradicate bias by managers; how in the 1980s they answered Ronald Reagan's threat to end affirmative action by recasting their efforts as diversity-management programs; and how the growing presence of women in the newly named human resources profession has contributed to a focus on sexual harassment and work/life issues.

Frank Dobbin: Frank Dobbin is professor of sociology at Harvard University. His books include Forging Industrial Policy: The United States, Britain, and France in the Railway Age; The New Economic Sociology: A Reader (Princeton); and The Global Diffusion of Markets and Democracy.