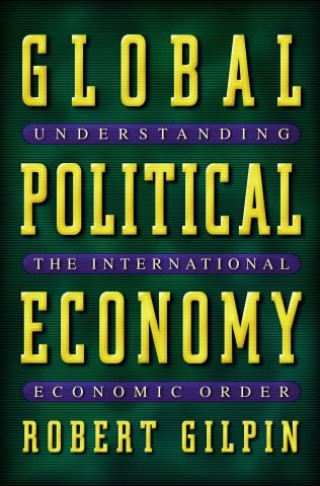 This book is the eagerly awaited successor to Robert Gilpin's 1987 The Political Economy of International Relations, the classic statement of the field of international political economy that continues to command the attention of students, researchers, and policymakers. The world economy and political system have changed dramatically since the 1987 book was published. The end of the Cold War has unleashed new economic and political forces, and new regionalisms have emerged. Computing power is increasingly an impetus to the world economy, and technological developments have changed and are changing almost every aspect of contemporary economic affairs. Gilpin's Global Political Economy considers each of these developments. Reflecting a lifetime of scholarship, it offers a masterful survey of the approaches that have been used to understand international economic relations and the problems faced in the new economy.

Gilpin focuses on the powerful economic, political, and technological forces that have transformed the world. He gives particular attention to economic globalization, its real and alleged implications for economic affairs, and the degree to which its nature, extent, and significance have been exaggerated and misunderstood. Moreover, he demonstrates that national policies and domestic economies remain the most critical determinants of economic affairs. The book also stresses the importance of economic regionalism, multinational corporations, and financial upheavals.

Gilpin integrates economic and political analysis in his discussion of "global political economy." He employs the conventional theory of international trade, insights from the theory of industrial organization, and endogenous growth theory. In addition, ideas from political science, history, and other disciplines are employed to enrich understanding of the new international economic order. This wide-ranging book is destined to become a landmark in the field.

Robert Gilpin: Robert Gilpin is the Eisenhower Professor of Public and International Affairs Emeritus at Princeton University. He is the author of many books, including The Political Economy of International Relations and The Challenge of Global Capitalism: The World Economy in the Twenty-First Century (both Princeton).