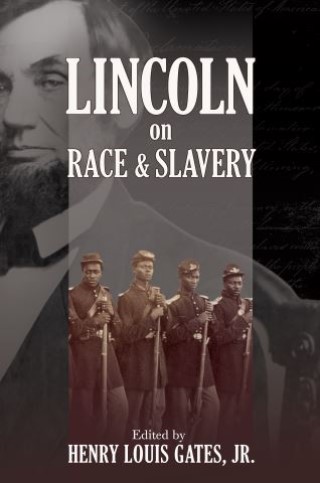 Lincoln on Race and Slavery

Generations of Americans have debated the meaning of Abraham Lincoln's views on race and slavery. He issued the Emancipation Proclamation and supported a constitutional amendment to outlaw slavery, yet he also harbored grave doubts about the intellectual capacity of African Americans, publicly used the n-word until at least 1862, and favored permanent racial segregation. In this book--the first complete collection of Lincoln's important writings on both race and slavery--readers can explore these contradictions through Lincoln's own words. Acclaimed Harvard scholar and documentary filmmaker Henry Louis Gates, Jr., presents the full range of Lincoln's views, gathered from his private letters, speeches, official documents, and even race jokes, arranged chronologically from the late 1830s to the 1860s.

Complete with definitive texts, rich historical notes, and an original introduction by Henry Louis Gates, Jr., this book charts the progress of a war within Lincoln himself. We witness his struggles with conflicting aims and ideas--a hatred of slavery and a belief in the political equality of all men, but also anti-black prejudices and a determination to preserve the Union even at the cost of preserving slavery. We also watch the evolution of his racial views, especially in reaction to the heroic fighting of black Union troops.

At turns inspiring and disturbing, Lincoln on Race and Slavery is indispensable for understanding what Lincoln's views meant for his generation--and what they mean for our own.