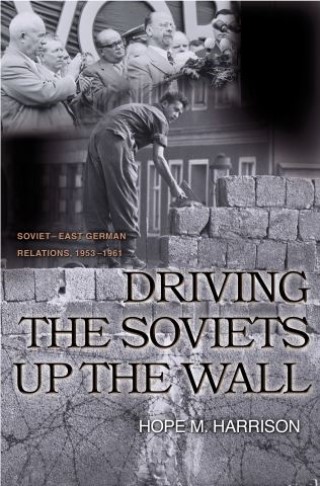 Driving the Soviets up the Wall

The Berlin Wall was the symbol of the Cold War. For the first time, this path-breaking book tells the behind-the-scenes story of the communists' decision to build the Wall in 1961. Hope Harrison's use of archival sources from the former East German and Soviet regimes is unrivalled, and from these sources she builds a highly original and provocative argument: the East Germans pushed the reluctant Soviets into building the Berlin Wall.

This fascinating work portrays the different approaches favored by the East Germans and the Soviets to stop the exodus of refugees to West Germany. In the wake of Stalin's death in 1953, the Soviets refused the East German request to close their border to West Berlin. The Kremlin rulers told the hard-line East German leaders to solve their refugee problem not by closing the border, but by alleviating their domestic and foreign problems. The book describes how, over the next seven years, the East German regime managed to resist Soviet pressures for liberalization and instead pressured the Soviets into allowing them to build the Berlin Wall. Driving the Soviets Up the Wall forces us to view this critical juncture in the Cold War in a different light. Harrison's work makes us rethink the nature of relations between countries of the Soviet bloc even at the height of the Cold War, while also contributing to ongoing debates over the capacity of weaker states to influence their stronger allies.