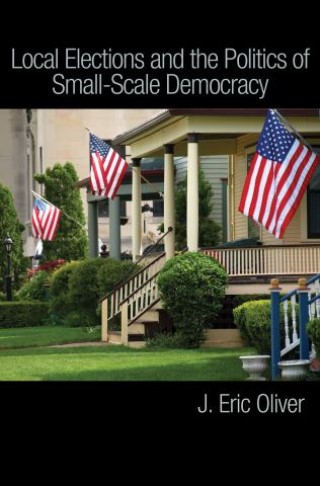 Local Elections and the Politics of Small-Scale Democracy

Local government is the hidden leviathan of American politics: it accounts for nearly a tenth of gross domestic product, it collects nearly as much in taxes as the federal government, and its decisions have an enormous impact on Americans' daily lives. Yet political scientists have few explanations for how people vote in local elections, particularly in the smaller cities, towns, and suburbs where most Americans live. Drawing on a wide variety of data sources and case studies, this book offers the first comprehensive analysis of electoral politics in America's municipalities.

Arguing that current explanations of voting behavior are ill suited for most local contests, Eric Oliver puts forward a new theory that highlights the crucial differences between local, state, and national democracies. Being small in size, limited in power, and largely unbiased in distributing their resources, local governments are "managerial democracies" with a distinct style of electoral politics. Instead of hinging on the partisanship, ideology, and group appeals that define national and state elections, local elections are based on the custodial performance of civic-oriented leaders and on their personal connections to voters with similarly deep community ties. Explaining not only the dynamics of local elections, Oliver's findings also upend many long-held assumptions about community power and local governance, including the importance of voter turnout and the possibilities for grassroots political change.