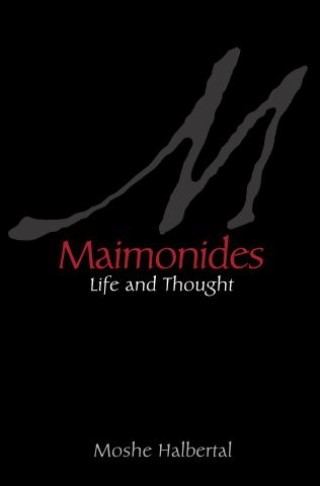 Maimonides was the greatest Jewish philosopher and legal scholar of the medieval period, a towering figure who has had a profound and lasting influence on Jewish law, philosophy, and religious consciousness. This book provides a comprehensive and accessible introduction to his life and work, revealing how his philosophical sensibility and outlook informed his interpretation of Jewish tradition.

Moshe Halbertal vividly describes Maimonides's childhood in Muslim Spain, his family's flight to North Africa to escape persecution, and their eventual resettling in Egypt. He draws on Maimonides's letters and the testimonies of his contemporaries, both Muslims and Jews, to offer new insights into his personality and the circumstances that shaped his thinking. Halbertal then turns to Maimonides's legal and philosophical work, analyzing his three great books—Commentary on the Mishnah, the Mishneh Torah, and the Guide of the Perplexed. He discusses Maimonides's battle against all attempts to personify God, his conviction that God's presence in the world is mediated through the natural order rather than through miracles, and his locating of philosophy and science at the summit of the religious life of Torah. Halbertal examines Maimonides's philosophical positions on fundamental questions such as the nature and limits of religious language, creation and nature, prophecy, providence, the problem of evil, and the meaning of the commandments.

A stunning achievement, Maimonides offers an unparalleled look at the life and thought of this important Jewish philosopher, scholar, and theologian.