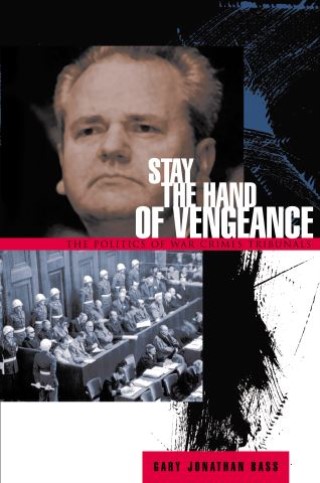 Stay the Hand of Vengeance

The Politics of War Crimes Tribunals

International justice has become a crucial part of the ongoing political debates about the future of shattered societies like Bosnia, Kosovo, Rwanda, Cambodia, and Chile. Why do our governments sometimes display such striking idealism in the face of war crimes and atrocities abroad, and at other times cynically abandon the pursuit of international justice altogether? Why today does justice seem so slow to come for war crimes victims in the Balkans? In this book, Gary Bass offers an unprecedented look at the politics behind international war crimes tribunals, combining analysis with investigative reporting and a broad historical perspective. The Nuremberg trials powerfully demonstrated how effective war crimes tribunals can be. But there have been many other important tribunals that have not been as successful, and which have been largely left out of today's debates about international justice. This timely book brings them in, using primary documents to examine the aftermath of the Napoleonic Wars, World War I, the Armenian genocide, World War II, and the recent wars in the former Yugoslavia.

Bass explains that bringing war criminals to justice can be a military ordeal, a source of endless legal frustration, as well as a diplomatic nightmare. The book takes readers behind the scenes to see vividly how leaders like David Lloyd George, Winston Churchill, Franklin Roosevelt, and Bill Clinton have wrestled with these agonizing moral dilemmas. The book asks how law and international politics interact, and how power can be made to serve the cause of justice.

Bass brings new archival research to bear on such events as the prosecution of the Armenian genocide, presenting surprising episodes that add to the historical record. His sections on the former Yugoslavia tell--with important new discoveries--the secret story of the politicking behind the prosecution of war crimes in Bosnia, drawing on interviews with senior White House officials, key diplomats, and chief prosecutors at the war crimes tribunal for the former Yugoslavia. Bass concludes that despite the obstacles, legalistic justice for war criminals is nonetheless worth pursuing. His arguments will interest anyone concerned about human rights and the pursuit of idealism in international politics.

Gary Jonathan Bass: Gary Jonathan Bass is Assistant Professor of Politics and International Affairs at Princeton University. He worked as a Washington reporter and West Coast correspondent for The Economist, for which he wrote extensively on the former Yugoslavia war crimes tribunal. Bass has also written for The New York Times, The Washington Post, The New Republic, and other publications.