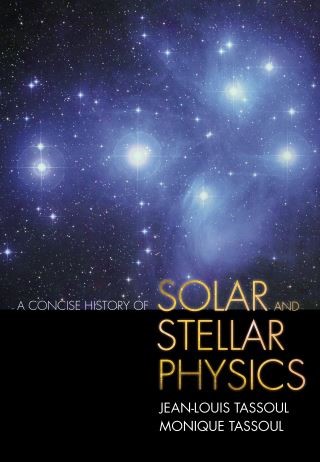 A Concise History of Solar and Stellar Physics

This book provides a comprehensive overview of the history of ideas about the sun and the stars, from antiquity to modern times. Two theoretical astrophysicists who have been active in the field since the early 1960s tell the story in fluent prose. About half of the book covers most of the theoretical research done from 1940 to the close of the twentieth century, a large body of work that has to date been little explored by historians.

The first chapter, which outlines the period from about 3000 B.C. to 1700 A.D., shows that at every stage in history human beings have had a particular understanding of the sun and stars, and that this has continually evolved over the centuries. Next the authors systematically address the immense mass of observations astronomy accumulated from the early seventeenth century to the early twentieth. The remaining four chapters examine the history of the field from the physicists perspective, the emphasis being on theoretical work from the mid-1840s to the late 1990s--from thermodynamics to quantum mechanics, from nuclear physics and magnetohydrodynamics to the remarkable advances through to the late 1960s, and finally, to more recent theoretical work. Intended mainly for students and teachers of astronomy, this book will also be a useful reference for practicing astronomers and scientifically curious general readers.