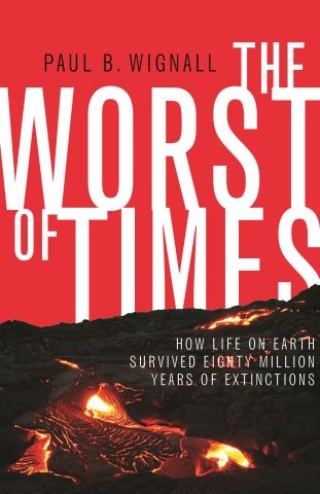 The Worst of Times

How Life on Earth Survived Eighty Million Years of Extinctions

Unraveling the mystery of the catastrophic age of extinctions

Two hundred sixty million years ago, life on Earth suffered wave after wave of cataclysmic extinctions, with the worst wiping out nearly every species on the planet. The Worst of Times delves into the mystery behind these extinctions and sheds light on the fateful role the primeval supercontinent, known as Pangea, might have played in causing these global catastrophes. Drawing on the latest discoveries as well as his own firsthand experiences conducting field expeditions to remote corners of the world, Paul Wignall reveals what scientists are only now beginning to understand about the most prolonged and calamitous period of environmental crisis in Earth's history. Wignall shows how these series of unprecedented extinction events swept across the planet, killing life on a scale more devastating than the dinosaur extinctions that would follow. The Worst of Times unravels one of the great enigmas of ancient Earth and shows how this ushered in a new age of vibrant and more resilient life on our planet.