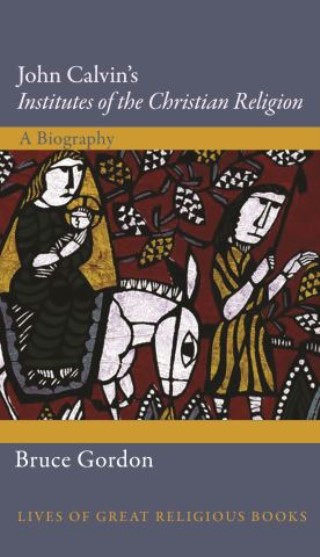 John Calvin's Institutes of the Christian Religion is a defining book of the Reformation and a pillar of Protestant theology. First published in Latin in 1536 and in Calvin's native French in 1541, the Institutes argues for the majesty of God and for justification by faith alone. The book decisively shaped Calvinism as a major religious and intellectual force in Europe and throughout the world. Here, Bruce Gordon provides an essential biography of Calvin's influential and enduring theological masterpiece, tracing the diverse ways it has been read and interpreted from Calvin's time to today.

Gordon explores the origins and character of the Institutes, looking closely at its theological and historical roots, and explaining how it evolved through numerous editions to become a complete summary of Reformation doctrine. He shows how the development of the book reflected the evolving thought of Calvin, who instilled in the work a restlessness that reflected his understanding of the Christian life as a journey to God. Following Calvin's death in 1564, the Institutes continued to be reprinted, reedited, and reworked through the centuries. Gordon describes how it has been used in radically different ways, such as in South Africa, where it was invoked both to defend and attack the horror of apartheid. He examines its vexed relationship with the historical Calvin—a figure both revered and despised—and charts its robust and contentious reception history, taking readers from the Puritans and Voltaire to YouTube, the novels of Marilynne Robinson, and to China and Africa, where the Institutes continues to find new audiences today.

Bruce Gordon: Bruce Gordon is the Titus Street Professor of Ecclesiastical History at Yale Divinity School. He is the author of Calvin and The Swiss Reformation. He lives in New Haven, Connecticut.