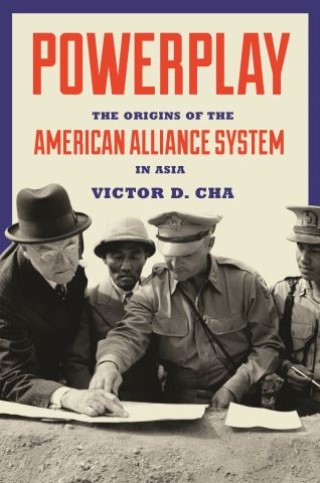 The Origins of the American Alliance System in Asia

While the American alliance system in Asia has been fundamental to the region's security and prosperity for seven decades, today it encounters challenges from the growth of China-based regional organizations. How was the American alliance system originally established in Asia, and is it currently under threat? How are competing security designs being influenced by the United States and China? In Powerplay, Victor Cha draws from theories about alliances, unipolarity, and regime complexity to examine the evolution of the U.S. alliance system and the reasons for its continued importance in Asia and the world.

Cha delves into the fears, motivations, and aspirations of the Truman and Eisenhower presidencies as they contemplated alliances with the Republic of China, Republic of Korea, and Japan at the outset of the Cold War. Their choice of a bilateral "hub and spokes" security design for Asia was entirely different from the system created in Europe, but it was essential for its time. Cha argues that the alliance system’s innovations in the twenty-first century contribute to its resiliency in the face of China’s increasing prominence, and that the task for the world is not to choose between American and Chinese institutions, but to maximize stability and economic progress amid Asia’s increasingly complex political landscape.

Exploring U.S. bilateral relations in Asia after World War II, Powerplay takes an original look at how global alliances are achieved and maintained.

Victor D. Cha: Victor D. Cha holds the D. S. Song–Korea Foundation Chair in Government and is the director of Asian Studies at Georgetown University. He is also senior adviser at the Center for Strategic and International Studies (CSIS) in Washington, D. C.