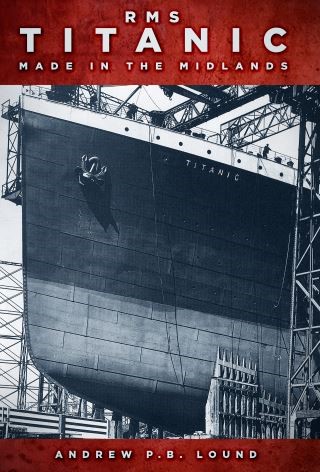 RMS Titanic Made in the Midlands

Made in the Midlands

THE story of the ill-fated liner Titanic is one that has been told and retold countless times – it is hard to imagine that there could be any new stories or twists to the tale. Yet Titanic’s strong connection with the Midlands is one such story that is not so well known. The ship may have been built in Belfast, registered in Liverpool and sailed from Southampton, but over 70 per cent of her interiors came from the Midlands. This pivotal piece of research from Titanic expert Andrew P.B. Lound explores the role played by the people and the varied industries of the Black Country in the life of the most famous ship in the world.

P.B. Lound: Andrew Lound is former curator of Avery Historical Museum. He stages exhibitions, gives talks, and advises TV and radio extensively on Titanic and provided specialist advice to James Cameron's project to computer model the ship in 3D. He has been researching Titanic for over 30 years.