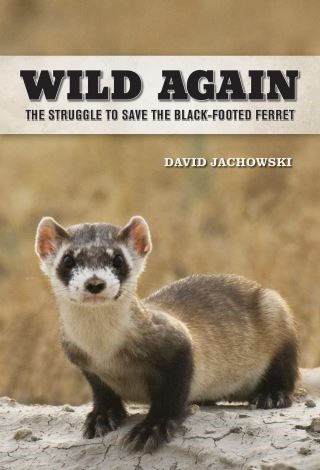 The Struggle to Save the Black-Footed Ferret

This engaging personal account of one of America's most contested wildlife conservation campaigns has as its central character the black-footed ferret. Once feared extinct, and still one of North America's rarest mammals, the black-footed ferret exemplifies the ecological, social, and political challenges of conservation in the West, including the risks involved with intensive captive breeding and reintroduction to natural habitat.

David Jachowski draws on more than a decade of experience working to save the ferret. His unique perspective and informative anecdotes reveal the scientific and human aspects of conservation as well as the immense dedication required to protect a species on the edge of extinction.

By telling one story of conservation biology in practice—its routine work, triumphs, challenges, and inevitable conflicts—this book gives readers a greater understanding of the conservation ethic that emerged on the Great Plains as part of one of the most remarkable recovery efforts in the history of the Endangered Species Act.

David S. Jachowski: David S. Jachowski is a lecturer and postdoctoral research associate in the Department of Fish and Wildlife Conservation at Virginia Polytechnic Institute and State University. From 2002 to 2012, he was a wildlife biologist with the U.S. Fish and Wildlife Service, helping to coordinate national and international recovery efforts for the black-footed ferret. His scientific work is published in leading peer-reviewed journals such as Frontiers in Ecology and the Environment and Biological Conservation.