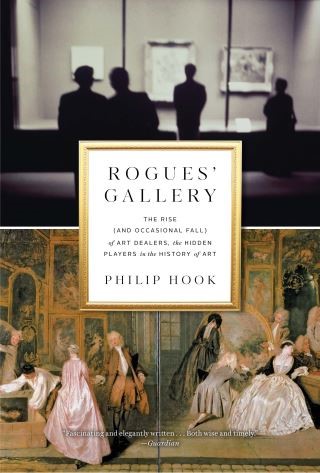 The Rise (and Occasional Fall) of Art Dealers, the Hidden Players in the History of Art

Here for the first time is the history of art dealers, those extraordinary men and woman who, over centuries (and almost entirely out of the public eye), built their profession on a singular skill: identifying the intangible but infinitely desirable qualities that characterize the greatest works of art—and finding clients for whom those qualities are irresistible.

Philip Hook’s riveting narrative takes us from the early days of art dealing in Antwerp, where paintings were sold by weight, to the unassailable hauteur of contemporary galleries in New York, London, Paris, and beyond. Along the way, we meet a surprisingly wide-ranging cast of characters—from tailors, spies, and the occasional anarchist to scholars, aristocrats, and connoisseurs, some compelled by greed, some by their own vision of art—and some by the art of the deal.

Among them are Joseph Duveen, who almost single-handedly brought the Old Masters to America; Paul Durand-Ruel, the Impressionists’ champion; Daniel-Henry Kahnweiler, high priest of Cubism; Leo Castelli, dealer-midwife to Abstract Expressionism and Pop Art; and Peter Wilson, the charismatic Sotheby’s chairman who made a theater of the auction room.

Rogues’ Gallery bursts with unforgettable anecdotes and astute judgments about art and artists, honed by Hook’s more than forty years in the art market—making it essential reading for anyone interested in the hidden history of art.

Philip Hook:
Philip Hook joined Sotheby’s Impressionist & Modern Art Department in 1994. He is currently a board member and senior director of Impressionist & Modern art in London, and has over forty years’ expertise as an art dealer and auctioneer. He joined Christie’s in 1973 with a degree in the history of art from Cambridge University, and headed Christie’s Nineteenth Century Paintings Department from 1980 to 1987. He is the author of Popular Nineteenth Century Paintings (1986); five successful novels set in the art world; The Ultimate Trophy (2009), a history of the Impressionist market and one of the Financial Times’ Books of the Year; and Breakfast at Sotheby’s: An A?Z of the Art World (2013), which was a book of the year in the Sunday Times, Spectator, Financial Times, Guardian, and Mail on Sunday.