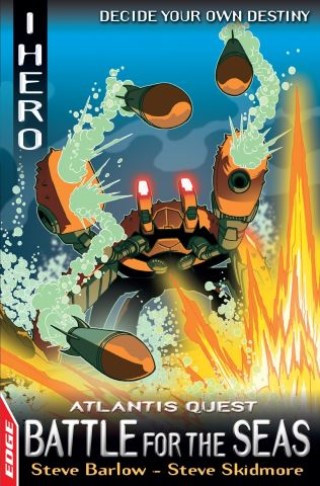 Battle For The Seas

Triton, the evil King of Atlantis, is sending his forces from a lost underwater city to the surface. He wants to take over Earth! Your quest is to defeat Triton, but as YOU are travelling to Atlantis, General Tempest launches a surprise attack using a cloaking device!
Use your super-sub, Barracuda, to defeat General Tempest before she can overrun the resistance!
You are the hero of this book. Only you can decide your own destiny...