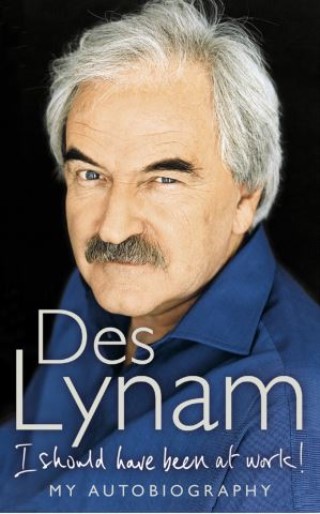 I Should Have Been at Work

First published in 2005 and now available as an ebook. Des Lynam’s autobiography gives a frank and opinionated insight into the man behind the myth.Des Lynam is one of Britain's best-loved and most successful personalities.Famously guarded about his private life, Des will attempt to set the record straight and talk about the ladies in his life, his childhood days in Ireland, as well as his early marriage and life in 70s London.Des takes us through his 30 years at the BBC from a reporter on local radio to the drama of his top-secret move to ITV which was front page news on every national newspaper. The World Cups, the Olympic Games including his reporting of the Israeli shootings in Munich. Following Muhammad Ali to his fights in Zaire, Malaysia and the USA. The Grand National that never was, the IRA threatened race. The programmes he turned down, the ones he wished he had!Des offers a candid account of life behind the scenes at the national broadcaster, the people he has met, the triumphs, the disasters. In the unique role of top presenter on both main channels, he tells of his 5 years at ITV, his reasons for going there and why his decision was justified but in other ways disastrous.