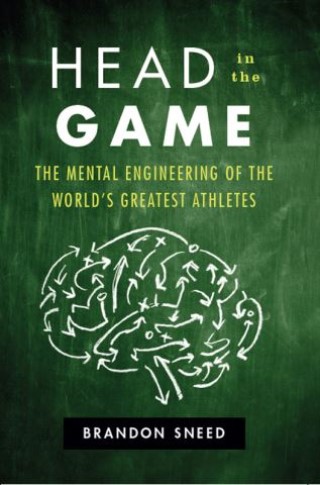 Head in the Game

The Mental Engineering of the World's Greatest Athletes

An intriguing blend of science and sports that explores how some of the worlds greatest athletes are utilizing the last frontier of performance-enhancing technology—the mental mapping and engineering of their own brains—for peak performance, and what it means for the future of athleticism, sports, and the rest of us.

Moneyball showed how statistics were revolutionizing baseball. The Sports Gene revealed the role genetics play in sports. Now, Head in the Game examines the next evolution: how mental engineering—the manipulation of the cognitive processes of the brain—can make gifted athletes even better.

Star NFL quarterbacks Russell Wilson and Tom Brady, the NBA’s Kyle Korver, and Olympic volleyball champion Kerri Walsh are using mental engineering to up their game. It’s not luck that has transformed the San Antonio Spurs into a formidable force—it’s science, Sneed demonstrates. As mental engineering becomes widespread—taking athletes who are already freaks of nature and making them better—the impact on the multi-billion dollar sports industry will be dramatic on players, managers, trainers, owners, and even fans. Interviewing athletes and coaches, visiting training camps and sports science firms, Brandon Sneed offers a firsthand, on-the-ground look at this exciting breakthrough that has the potential to transform to transform the game—and all our lives.

Brandon Sneed is an author and journalist. He recently joined B/R Mag at Bleacher Report as a features writer. Previously, his stories have appeared in Outside, ESPN The Magazine, and more, and have twice been not-able selections in Best American Sports Writing. When Brandon’s not on the road, his home base is Greenville, North Carolina, where he lives with his wife, toddler son, the baby in his wife’s belly, and their two dogs, a Jack Russell Terrier and a half—Jack Russell half—pit bull. For news about Brandon’s work and events, or just to say hey, visit brandonsneed.com.