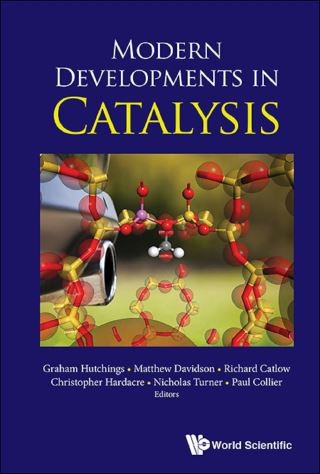 The UK Catalysis Hub is a consortium of universities working together on fundamental and applied research to find out how catalysts work and to improve their effectiveness. The contribution of catalysis to manufacturing contributes to almost 40% of global GDP, making development and innovation within the field integral to industry.

Modern Developments in Catalysis provides a review of current research and practise on catalysis, focussing on five main themes: catalysis design, environmental catalysis, catalysis and energy, chemical transformation and biocatalysis and biotransformations. Topics range from complex reactions to the intricacies of catalyst preparation for supported nanoparticles, while chapters illustrate the challenges facing catalytic science and the directions in which the field is developing. Edited by leaders of the UK Hub, this book provides insight into one of the most important areas of modern chemistry — it represents a unique learning opportunity for students and professionals studying and working towards speeding-up, improving and increasing the rate of catalytic reactions in science and industry.