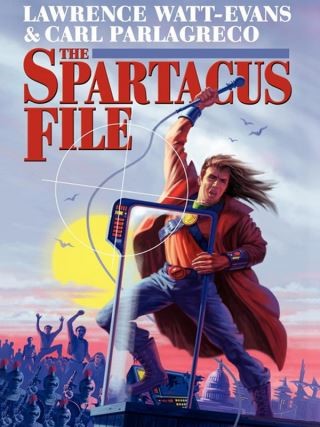 Philadelphia, some time in the 21st century--Casper Beech is a corporate drone, a man beaten down by debt, a wage-slave to the Consortium that dominates the American economy. One day his boss sends him in for neural imprinting -- to have new job skills implanted directly in his brain, because it's faster and cheaper than training him by older methods. But a computer glitch loads the wrong file, and Casper is programmed with something that has nothing to do with his job. Instead of learning a new software package, he learns a new way of thinking -- a mindset designed by a secret government agency for use in enemy nations, and never meant to be unleashed in the United States. Lethal government agents seek to correct the error in a steadily-escalating conflict, while Casper struggles to survive, to remain true to himself despite his new programming, and to find out just what was in...THE SPARTACUS FILE