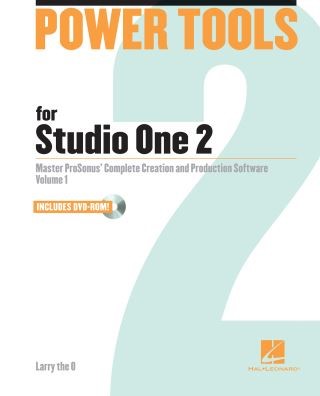 Power Tools for Studio One 2

(Power Tools). Power Tools for Studio One 2 is an introduction to the newest and one of the most interesting Digital Audio Workstation programs: PreSonus Studio One. Created by PreSonus in partnership with the design and programming team that created Nuendo and parts of Cubase, Studio One has quickly gained popularity since its release for its ease of use, workflow orientation, and great sound. One of the few major DAWs available for both Windows and Mac OS, Studio One is now about to be released in version 2. Power Tools for Studio One 2 shows the reader how to get around Studio One and perform recording, editing, mixing, and mastering. Going beyond the basics, the book also offers techniques, tips, and tricks that show how to get the most out of Studio One's fresh take on music and audio production. From the simplicity of drag-and-drop to the integration of mixing and mastering, StudioOne is a fast, powerful, and fun way to make music. This is the first major book about PreSonus Studio One, and reveals all of the new features and hidden power of version 2. Supplemental material is available.