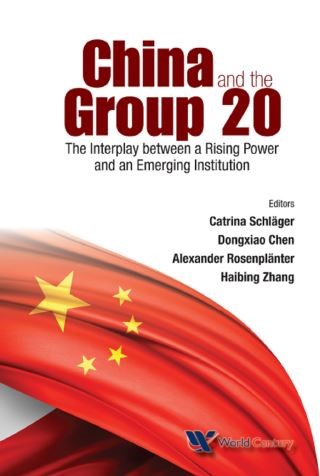 China And The Group 20: The Interplay Between A Rising Power And An Emerging Institution

The Interplay between a Rising Power and an Emerging Institution

Since the great financial crisis in 2008, the Group 20 (G20) has played an increasingly important role in global economic governance as an emerging global macroeconomic coordination mechanism. China and the Group 20 provides experts' observations on the development of the G20, G20's influence on global economic governance and China's role in this emerging institution. The first part of the book analyses important policy issues facing the G20 and global economic governance including the G20's role in strengthening and promoting global macroeconomic coordination; reform of the international financial system; the stability and effectiveness of the international monetary system; the integration of international trade and investment regimes; the new agenda of international development and the complex relations among the major powers. The second part focuses on China's relations with the United States, the EU, and the other BRICS countries, and their implications to the G20's development. China, as the largest developing country and the second largest economy, has the responsibility to safeguard the general interests of developing countries on one hand, and to cooperate with the developed countries to create an equal and open economic environment on the other hand. The book chapters are contributed by experts from the main member countries of the G20.