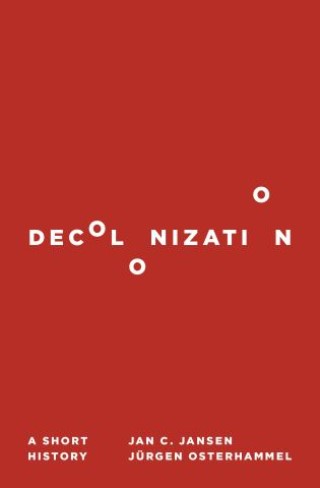 A concise and accessible history of decolonization in the twentieth century

The end of colonial rule in Asia, Africa, and the Caribbean was one of the most important and dramatic developments of the twentieth century. In the decades after World War II, dozens of new states emerged as actors in global politics. Long-established imperial regimes collapsed, some more or less peacefully, others amid mass violence. This book takes an incisive look at decolonization and its long-term consequences, revealing it to be a coherent yet multidimensional process at the heart of modern history.

Jan Jansen and Jürgen Osterhammel trace the decline of European, American, and Japanese colonial supremacy from World War I to the 1990s. Providing a comparative perspective on the decolonization process, they shed light on its key aspects while taking into account the unique regional and imperial contexts in which it unfolded. Jansen and Osterhammel show how the seeds of decolonization were sown during the interwar period and argue that the geopolitical restructuring of the world was intrinsically connected to a sea change in the global normative order. They examine the economic repercussions of decolonization and its impact on international power structures, its consequences for envisioning world order, and the long shadow it continues to cast over new states and former colonial powers alike.

Concise and authoritative, Decolonization is the essential introduction to this momentous chapter in history, the aftershocks of which are still being felt today.