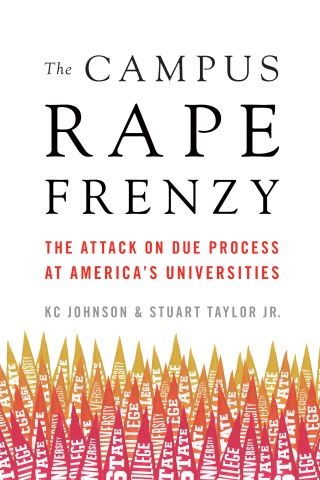 The Attack on Due Process at Americas Universities

In recent years, politicians led by President Obama and prominent senators and governors have teamed with extremists on campus to portray our nation’s campuses as awash in a violent crime waveand to suggest (preposterously) that university leaders, professors, and students are indifferent to female sexual assault victims in their midst. Neither of these claims has any bearing in reality. But they have achieved widespread acceptance, thanks in part to misleading alarums from the Obama administration and biased media coverage led by the New York Times.

The frenzy about campus rape has helped stimulateand has been fanned byideologically skewed campus sexual assault policies and lawless commands issued by federal bureaucrats to force the nation’s all-too-compliant colleges and universities essentially to presume the guilt of accused students. The result has been a widespread disregard of such bedrock American principles as the presumption of innocence and the need for fair play.

This book uses hard facts to set the record straight. It explores, among other things, about two dozen of the many cases since 2010 in which innocent or probably innocent students have been branded as sex criminals and expelled or otherwise punished by their colleges. And it shows why all studentsand, eventually, society as a wholeare harmed when our nation’s universities abandon pursuit of truth and seek instead to accommodate the passions of the mob.