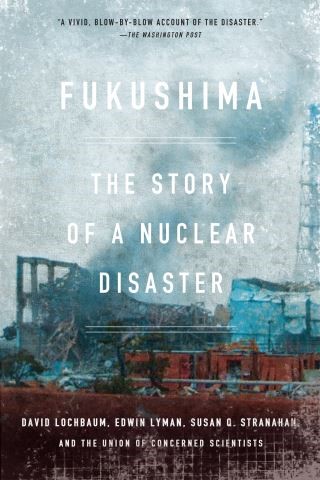 The Story of a Nuclear Disaster

A gripping, suspenseful page-turner” (Kirkus Reviews) with a fast-paced, detailed narrative that moves like a thriller” (International Business Times), Fukushima teams two leading experts from the Union of Concerned Scientists, David Lochbaum and Edwin Lyman, with award-winning journalist Susan Q. Stranahan to give us the first definitive account of the 2011 disaster that led to the worst nuclear catastrophe since Chernobyl.

Four years have passed since the day the world watched in horror as an earthquake large enough to shift the Earth’s axis by several inches sent a massive tsunami toward the Japanese coast and Fukushima Daiichi nuclear power plant, causing the reactors’ safety systems to fail and explosions to reduce concrete and steel buildings to rubble. Even as the consequences of the 2011 disaster continue to exact their terrible price on the people of Japan and on the world, Fukushima addresses the grim questions at the heart of the nuclear debate: could a similar catastrophe happen again, and—most important of all—how can such a crisis be averted?