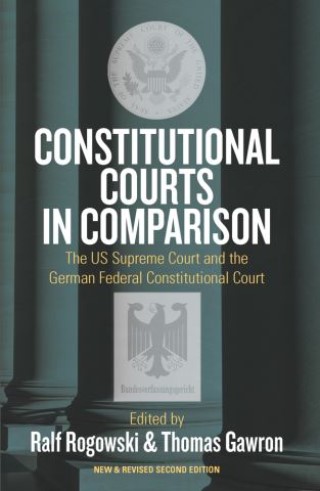 The US Supreme Court and the German Federal Constitutional Court

Constitutional litigation in general attracts two distinct types of conflict: disputes of a highly politicized or culturally controversial nature and requests from citizens claiming a violation of a fundamental constitutional right. The side-by-side comparison between the U.S. Supreme Court and the German Federal Constitutional Court provides a novel socio-legal approach in studying constitutional litigation, focusing on conditions of mobilisation, decision-making and implementation.

This updated and revised second edition includes a number of new contributions on the political status of the courts in their democratic political cultures.

Ralf Rogowski is Director of the Law and Sociology Programme and Professor of Law in the School of Law at the University of Warwick. His recent books include The Shape of the New Europe (co-authored 2004), Die Wirkung des Bundesverfassungsgerichts (Co-authored with T. Gawron 2007), Reflexive Labour Law in the World Society (2013), and The Sustainability of the European Social Model (Co-edited 2015).