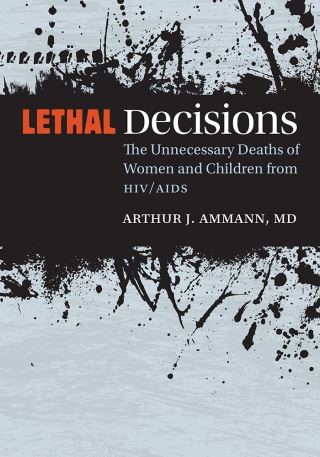 The Unnecessary Deaths of Women and Children from HIV/AIDS

This first-person account by one of the pioneers of HIV/AIDS research chronicles the interaction among the pediatric HIV/AIDS community, regulatory bodies, governments, and activists over more than three decades. After the discovery of AIDS in a handful of infants in 1981, the next fifteen years showed remarkable scientific progress in prevention and treatment, although blood banks, drug companies, and bureaucrats were often slow to act. 1996 was a watershed year when scientific and clinical HIV experts called for treating all HIV-infected individuals with potent triple combinations of antiretroviral drugs that had been proven effective. Aggressive implementation of prevention and treatment in the United States led to marked declines in the number of HIV-related deaths, fewer new infections and hospital visits, and fewer than one hundred infants born infected each year.

Inexplicably, the World Health Organization recommended withholding treatment for the majority of HIV-infected individuals in poor countries, and clinical researchers embarked on studies to evaluate inferior treatment approaches even while the pandemic continued to claim the lives of millions of women and children. Why did it take an additional twenty years for international health organizations to recommend the treatment and prevention measures that had had such a profound impact on the pandemic in wealthy countries? The surprising answers are likely to be debated by medical historians and ethicists.

At last, in 2015, came a universal call for treating all HIV-infected individuals with triple-combination antiretroviral drugs. But this can only be accomplished if the mistakes of the past are rectified. The book ends with recommendations on how the pediatric HIV/AIDS epidemic can finally be brought to an end.

Arthur J. Ammann: Arthur J. Ammann, MD, Clinical Professor of Pediatrics at the University of California, San Francisco, is the founder of Global Strategies, an organization dedicated to empowering communities in the most neglected areas of the world to improve the lives of women and children through health care. His pivotal research studies on vaccines resulted in the first FDA approval of a pneumococcal vaccine for infants, children, and the elderly. In 1982 Dr. Ammann described two of the three ways that HIV is transmitted: from mother to infant and from the transfusion of blood. He is the recipient of more than fifty national and international awards.