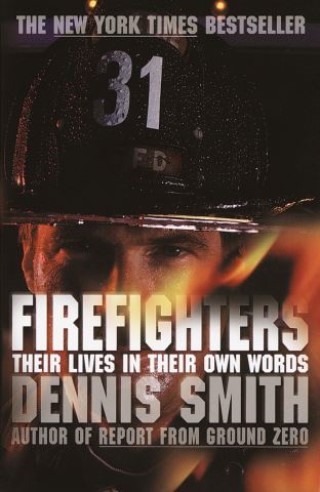 Their Lives in Their Own Words

An unforgettable journey through the daily lives of the brave men and women who have made saving lives their profession.
Dennis Smith, author of Report from Engine Co. 82, traveled across the country talking to dozens of America’s firefighters to put together this powerful collection of their own descriptions of their most dramatic and intense experiences on the job. Their stories, compiled here, are timeless testimonies to the human capacity for heroism and nobility.
Focusing on the most courageous firefighters, from those who have been decorated for heroism to those who have been seriously injured, Firefighters presents the extraordinarily rich and rugged voices of men and women who fight urban building fires, who battle sweeping forest fires, who perform emergency rescues, and who face extreme danger and risk as part of their everyday lives. Sometimes brave, sometimes funny, sometimes bittersweet or filled with anger, these voices combine to make Firefighters both a riveting adventure drama and a moving chronicle of American heroism at its finest.

Dennis Smith: Dennis Smith grew up in the tenements of New York's East side. After a stint in the U.S. Air Force, he was appointed to the New York Fire Department. An active firefighter for 18 years, he retired to become the publisher and editor in chief of Firehouse Magazine, a Honorary Deputy Chief of the New York City Fire Department and Chairman of the New York Academy of Art. He has written several books about firemen, four of which have been New York Times bestsellers, including Report from Engine Co. #82, and Firefighting in America. He is also the author of the novels, The Final Fire, Glitter and Ash, and Steely Blue.