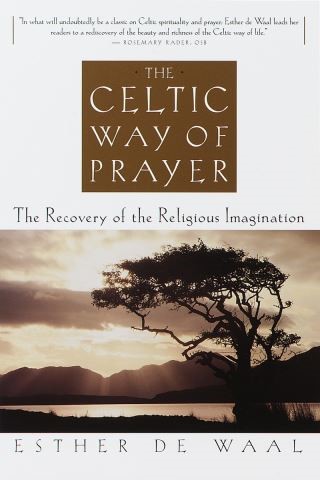 The Celtic Way of Prayer

The Recovery of the Religious Imagination

Esther de Waal, one of Celtic Christianity's preeminent scholars, shows how this tradition of worship draws on both the pre-Christian past and on the fullness of the Gospel. It is also an enlightening glimpse at the history, folklore, and liturgy of the Celtic people.

Esther de Waal introduces readers to monastic prayer and praise (the foundation stone of Celtic Christianity), early Irish litanies, medieval Welsh praise poems, and the wealth of blessings derived from an oral tradition that made prayer a part of daily life. Through this invigorating book, readers enter a world in which ritual and rhythm, nature and seasons, images and symbols play an essential role. A welcome contrast to modern worship, Celtic prayer is liberating and, like a living spring, forever fresh.

Esther De Waal: Esther de Waal lives in a small cottage on the Welsh/English border. After studying and teaching history at Cambridge University, she married, had four sons, and moved to Canterbury, where she lived in a house that had been part of the medieval monastic community. She leads retreats, lectures, and travels widely. Her major interests are the fields of the Benedictine and Celtic traditions.